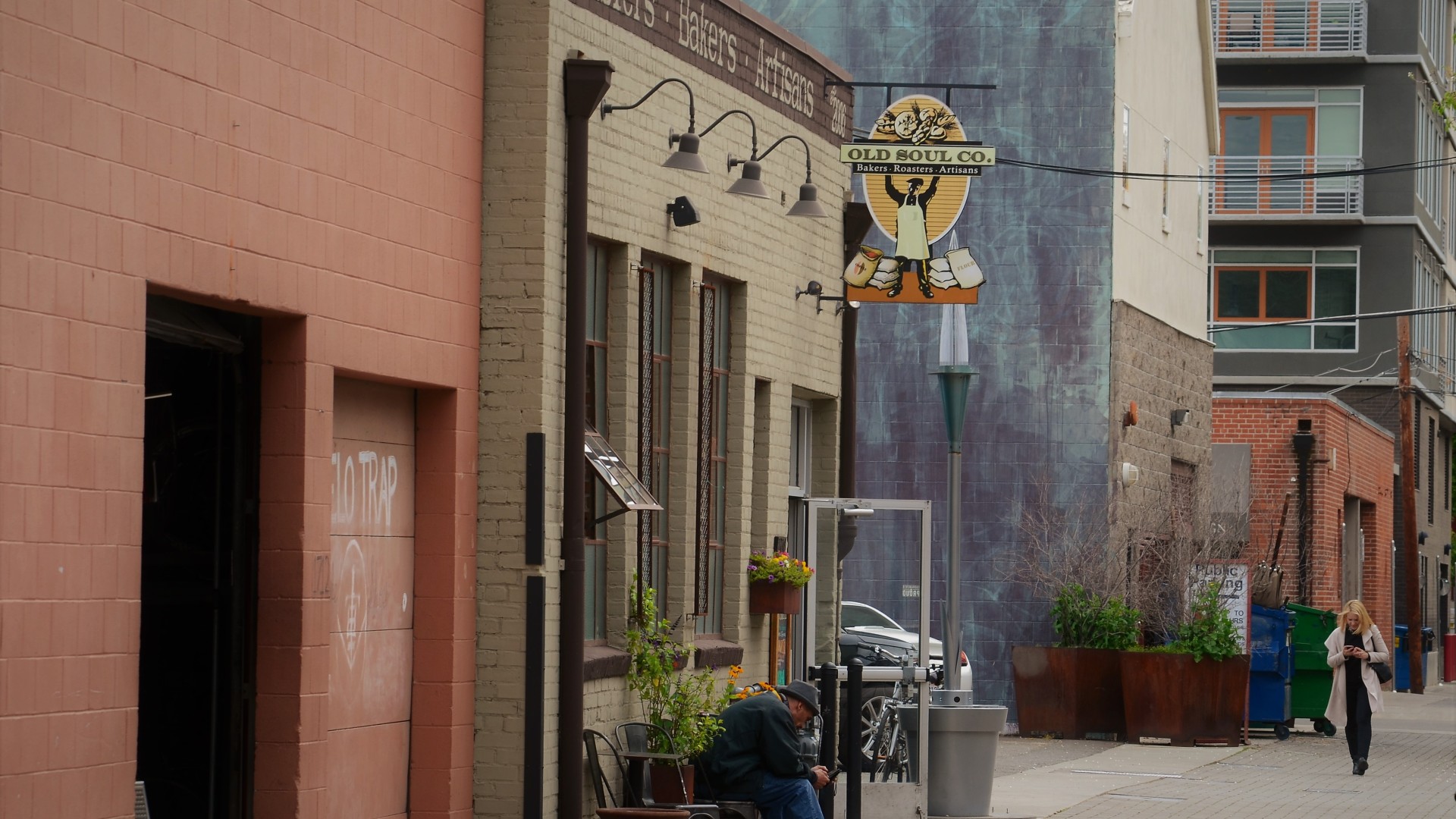 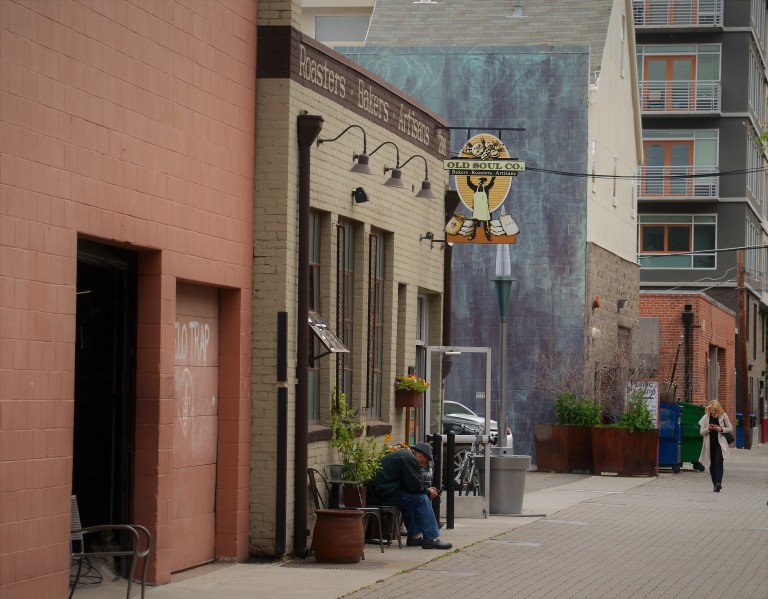 The roulette known as nails on the freeway hit me again–another flat tire, completely blown apart. This time the tire was beyond repair. In brief, I found myself walking in midtown Sacramento, killing time while waiting for new tread. It was an overcast, cool day, the kind that carries smells to extremes, like roasted coffee. I followed the aroma to an alleyway.  This former gold rush city is lined with alleyways that in recent years have been turned into areas other than ones you don’t want to walk down. The Old Soul Co. , in an old brick warehouse,  is one of those out of the way gems. I had a great cup of Brazilian bean coffee. Lap taps were plentiful on small old wood tables, spaced far enough apart that, combined with the high ceiling, conversations didn’t carry far, at least not as far as the smell of roasting beans. I forgot about the tire.